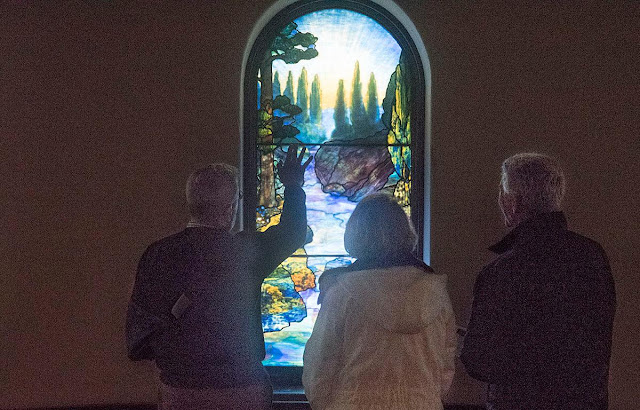 Stained glass lovers, rejoice! Three of Norfolk’s churches, the Immaculate Conception Church, the Battell Chapel, and the Summer Chapel at the Church of the Transfiguration will be open at various times during the Weekend in Norfolk, a townwide celebration taking place on Friday, August 5, Saturday, August 6, and Sunday, August 7. There will be a walking tour of the three churches available online and at the hub.

The Battell Chapel, part of the Church of Christ Congregational Church has stained glass windows by Louis Comfort Tiffany and Maitland Armstrong. The Tiffany windows, located in a curved wall, depict the four seasons, two on either side of a woodland stream scene.  The windows were given in memory of Joseph and Sarah Battell Stoeckel in 1888 by their daughter. At the west end of the chapel are stained glass windows made from opalescent glass designed by D. Maitland Armstrong. Opalescent glass is known for creating a great depth of field and a beautiful shimmering effect when the sun hits it.

The Church of Immaculate Conception is a wood-framed church finished in stucco and covered in a cross-gabled roof. Alterations of the original church were completed in 1925 by Alfredo S.G. Taylor and typify his work with a somewhat Spanish Revival appearance.  The Immaculate Conception Church has stained glass windows created by Franz Meyer & Co. of Munich, Germany. The windows were shipped to Norfolk from the factory in the mid-1920s.
Nestled in the woods of Norfolk, the summer Chapel of the Church of the Transfiguration is a simple brown shingled-style church with magnificent stained glass windows that are known locally as the "chapel of ease."  Inside this wood-paneled chapel, which has a wood-beamed ceiling, the stained glass windows gleam. Early members of this chapel included heirs of the Lord and Taylor Department Store, a physicist on the Manhattan Project, and many New Yorkers that spent their summer in Norfolk. The most prominent members included Clemens, better known as Mark Twain, and his wife Olivia, and their family. A window near the front of the chapel is dedicated to the memory of Olivia from her daughter Clara.
Posted by Janet at Thursday, July 14, 2022

It’s summertime, and that means road trip season.... Time to hit the open road and see the sights. For the ideal “nearcation" and the p... 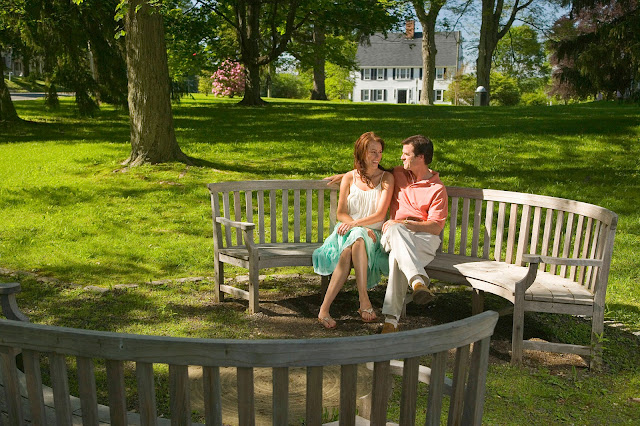 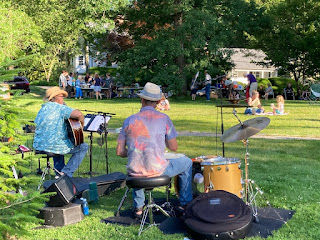 Since the first Weekend in Norfolk that took place in August 2016, the town of Norfolk, Conn., has been welcoming visitors to its annual Weekend in Norfolk (WIN). The lovely town of Norfolk will be welcoming folks in person from Friday, August 5 through Sunday, August 7, for this exciting town-wide event that is the perfect “nearcation.” WIN is a town-wide summer festival featuring three days of concerts, art shows, kids’ events, games, workshops, and tours, most of them free. New this year is the town-wide tag sale perfect for treasure hunters, a Saturday night Family Fun Movie Night, and the Grand Opening of the Connecticut-Asian Cultural Center. Some of the free events planned are fly fishing lessons,, tarot card readings, water soccer, art gallery openings, tours of Tiffany stained glass windows, and much more. ABOUT THE WIN (WEEKEND IN NORFOLK) COMMITTEE Now in its seventh year, the all-volunteer WIN Committee organizes two town-wide events annually: the Summer WIN and the Winter WIN. Norfolk’s town officials, the Economic Development Commission, and many local organizations, institutions, and individuals support these two town-wide festivals in order to welcome people from near and far to this lovely town in the Litchfield Hills. 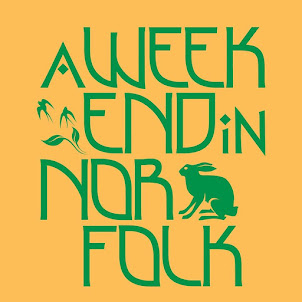 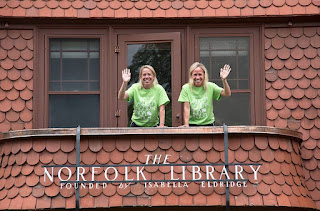 For the Latest News in Norfolk -- So many Good Things Happening Spring, Summer, Winter and Fall! Check us out and see why.